In Praise of Humility

“Real” leadership in the age of boasting and bluster 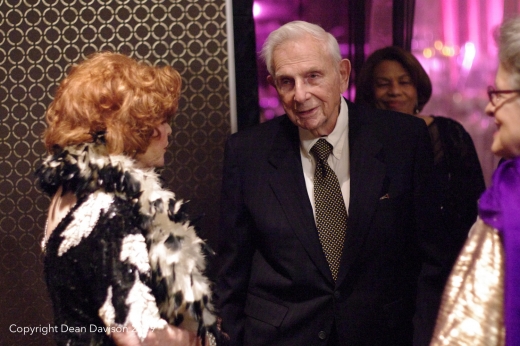 Let me stake out a controversial position. Humility has become a de-valued asset for business leaders, and we need to reverse this trend.

In today’s business and political environment, bluster, boasting and blather seem to be the rage, sometimes literally. The biggest, baddest, boldest claims get the most ink. The mouthiest are frequently celebrated as “disruptors,” and showered with praise, votes and investment capital.

Since I am a public relations and communications advisor, you might assume that I devote my career to shouting stories from the rooftops and preaching the doctrine that “all publicity is good publicity.”

For long-term growth and success, leaders usually produce the best results by whispering and behaving like a lady or a gentleman.

Let me present the late Henry Bloch as Exhibit A.

Mr. Bloch, the co-founder and longtime Chairman and CEO of H&R Block was just such a humble leader. I’ve lived in Kansas City for more than 30 years, and I met Mr. Bloch a few times, at a business lunch and community receptions.

Keep in mind, Henry Bloch was a big deal, one of the most successful business leaders and most trusted TV pitch men of his generation. But first and foremost, he was gracious, kind and interested in what others had to say. He didn’t waste his time “holding forth” in the way many business leaders do. He was a gentleman.

This is a theme that runs through every story his friends and business associates share. The editor of the Kansas City Business Journal, Brian Kaberline, talks about asking him, “surely for the 50 millionth time,” about the creation of H&R Block in the 1950s. According to Brian, Mr. Bloch “minimized his role and acted as if no one was more shocked than he was that it actually worked.”

Mr. Bloch coupled that humility with generosity. He shared his insight into business and leadership with countless students and entrepreneurs. He donated tens of millions of dollars to healthcare, education, human services and the arts. Kansas City organizations like St. Luke’s Medical Center, UMKC and the United Way have delivered extraordinary work because of his willingness to share his wealth.

One of the greatest gifts that he and his wife Marion provided our city is what Mr. Bloch called his “pretty pictures.” Their Impressionist and Post-Impressionist paintings by Claude Monet, Vincent van Gogh, Pierre-Auguste Renoir, Edgar Degas and Paul Cezanne are now a centerpiece of the Nelson-Atkins Museum’s collection. Those gifts—all to his hometown of Kansas City—speak volumes about his character and approach to life.

Henry Bloch’s grace, humility and genuine good nature earned respect. You will never receive a greater gift from your team, your employees or your community than respect like that.

So, as a leader, think about how to create buzz and excitement about your business. What will work best? It’s true that you can’t bore people into buying your product or service. But go sparingly on the bloviation and bluster.

Try being genuine and generous in supporting your people, your customers and your community. Ask them what they really need. And then deliver.

Thanks, Mr. Bloch, for setting a great example.